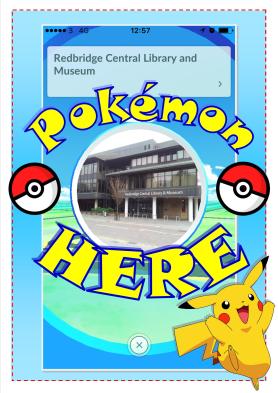 The rising trend in Pokémon gives me a wild flashback to my childhood, where I was sitting in the playground in school trading cards with my friends, opening packets that could be bought from corner shops with every last penny of my hard-earned pocket money desperately trying to get that shiny Charizard. It feels like just yesterday (when in actuality it was years ago) that the dream to become a Pokémaster became the ultimate achievement. I still remember every lyric to the song that came along with the cartoon and let it be known that to this day I take those words to heart and still strive to be ‘the very best like no one ever was’.

Sixteen years later my dreams have finally come true – catching Pokémon has become a reality, and in a way that I could have never imagined. It was always in my wildest fantasies as a young child that I would find Pokémon lurking in the long grass, but the most I could find back then were bugs or frogs that, evidently, weren’t too happy about being caught in a little round ball. I would have never thought that I would be able to catch these fictional pocket monsters until one day whilst scrolling twitter it was brought to my attention that it had indeed become real. Naturally, I had my doubts about an app being able to emulate the feeling I had as a child with my Pokémon cards and the game on my Gameboy. But as any true Pokémon fan would be – I was drawn like a moth to a flame (or a Venomoth to a Moltres in this case) and I downloaded the Pokémon Go app the day of the release.

Needless to say I was not disappointed in the slightest. Those aforementioned dreams about finding wild Pokémon in the grass had become reality. I found myself wearing my old baseball caps and digging out my Pikachu t-shirts from the dark depths of my wardrobe, embracing my childhood once more and heading out to my local parks in search of Pokémon in true Poké-trainer style (Ash Ketchum, a true inspiration to us all). The rumour had it that the best Pokémon were hiding in parks, libraries and museums so I had to explore for myself. Calling my friends and asking “do you want to come to the park to catch some Pokémon?” – Definitely a sentence that I never thought I would have ever said aloud at my age, and going down in groups for walks around the park specifically to catch these digital creatures that were on my screen. It was very clear that nostalgia had consumed me entirely.

The first big park that I went to was Valentines Park, which was filled with Poliwags and Poliwhirls – it was incredible and gave us all a thrill, running from one end of the park to the other specifically in search of these monsters. We ended up enjoying the sights more than we would have, given that particular monuments within the park were Pokéstops, which allowed us to stock up on Pokéballs and items. It was a surprise to see that we weren’t the only ones addicted to this app as we noticed groups of others donning Pokémon merchandise and scouring the park. I’ve never been able to strike up conversation with an absolute stranger before, but whilst we were walking, groups of us approached one another to compare what we’d caught, what teams we were and what gyms we had managed to capture. It was bringing groups of people together and it was absolutely beautiful to witness everyone bonding over a simple game. Many people that I had met were saying that they didn’t realise that half of these monuments and particular buildings had existed, and were only made aware of it thanks to this app, others said that it had made them more aware of their surroundings and that it had helped them with map reading and knowing their local town better.

The more you walk the more likely you are to get better Pokémon that hatch from ‘eggs’ you can find, too. It’s a great incentive to get people out of their houses and into their local parks. Organised Pokéwalks were taking place too, and many of my neighbours were joining walking activities that were organised in parks such as Seven King

s and Valentines purely to get ahead in the game with the side benefit of keeping in shape.

It was to my utter delight that upon arriving at Redbridge Central Library I discovered that it was a Pokéstop, which meant Pokéballs galore. After having a little chat with the staff, I wondered up to the museum and low and behold, those rumours about rare Pokémon lurking in libraries and museums was true! I’d found myself a Haunter, Dratini, Nidorino and Onix in just one day.

There was no doubt in my mind that I would be visiting the library more often if it meant getting one step closer to my dream of becoming a Pokémaster. I had soon learned that my visits would be welcomed, and that Redbridge Central Library is currently hosting Pokémon sessions every Tuesday (another dream comes true for my inner child) during August. These sessions will be held to allow children and families to learn all about the game, and e

xperience how it is helping others socialise, get fit and enjoy their surroundings. (Not to mention that they will use lures  during the sessions, so there’s more chance of catching rarer Pokémon). It had become apparent to me that what had started off as a small game for nostalgia’s sake was now blossoming into something with so much more potential. There is so much that this small app has to offer, and it’s extremely fascinating to watch how modern day society embraces what I saw in my childhood, growing and adapting, changing and making dreams real.
Make sure you don’t miss out on the chance to train up and become a Pokémaster – head down to Redbridge Central Library to learn more about it.