As a youngster I used to play football with the children around the area. I used to go home after school grab a snack and meet outside and play football on the streets until it got dark. At the age of 14 my parents didn’t think it was it right for me to be playing football with boys it was a combination of religious and cultural reasons. It was not normal for an Asian girl at my age playing football and especially with only boys. I respected my parents’ decision as I was up against stigma myself from some of my relatives and thought it was time to stop playing. I missed playing so much that I looked to see if there were only female clubs where I could play, I did manage to find one but the coach was male so I was unable to join. There were too many religious and cultural barriers I was facing I decided to accept that I was not going to continue playing football.

As the years went by I missed playing football. I have three children and always have a kick about with them in the park. One day as I was browsing through my Facebook a suggested paged popped up, it was MSA (Muslimah Sports Association) I opened the page and the first post was FA LEVEL 1 course 3 spaces available. I thought to myself is this meant to be, like a sign, I contacted them and registered. This was a chance for me to do something I am passionate about, it was also my opportunity to break down the cultural barriers’ and inspire women and girls to play football. 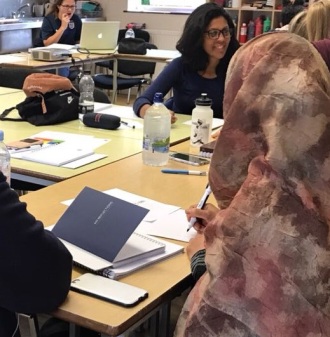 The FA level 1 course was tailored well. It took place once a week on Saturday mornings. As a mother of three at first, I was unsure about taking up my Saturdays as it was the only day my children didn’t have anything happening so family time with them would be affected. But the course started at 9.30 and finished at 2pm so I still had most of the day to spend with them and after 3 consecutive Saturdays we had one Saturday off which was good. The course took place in Al Medina Mosque and our tutor took a break around the prayer time and allowed those who wanted to pray to do so.

After I got my coaching qualification, the following week I volunteered with the MSA. I coach alongside another coach on Fridays with females 12 years and over. I have been coaching every Friday since October, this has given me confidence and I have been able to pick up new things and improve as a coach. 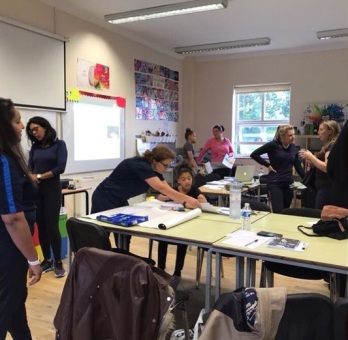 Yashmin from MSA messaged everyone who did the level 1 course and told us there was a paid coaching job available at Frenford club. I was interested so I contacted them and I was given the role. I started on 13 January and I will be coaching under 8’s until May and then a few days in June. For my first two sessions I was supported by another coach. This Saturday will be my 3rd week and I will be running the whole session on my own with my own games and drills. The coach who is helping me said they will support me on my journey, and if I would like to progress they will put me on the FA level 2 course. The FA have also been very supportive and are helping me to progress as much as possible.

The FA Level 1 course has been the best decision I have made. I am passionate about football and I want to see more girls and women, especially within the BAME, coaching and playing football. Hopefully I can inspire women and tackle the low levels of sporting participation among female minority ethnic groups, I hope my story empowers women to push the boundaries and break down the barriers that we have to face. 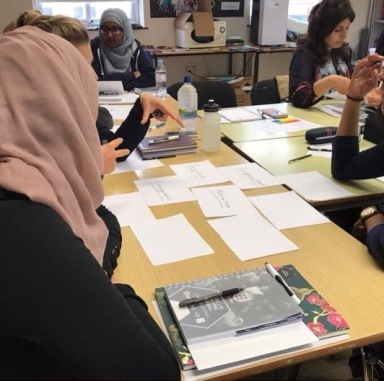 For more information visit London Sport or the Essex FA

If you’d like to become a guest writer, fill in our simple form.